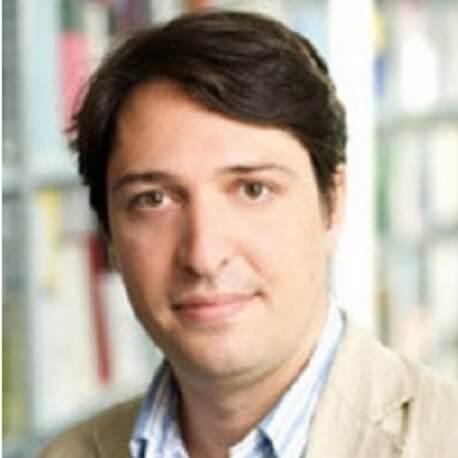 Director Cyber Policy and Resilience Program at Hague Centre for Strategic Studies, Non Resident Senior Fellow with the Atlantic Council, author of The Darkening Web - the war for cyberspace – Austria

Alexander Klimburg is Director Cyber Policy and Resilience Program at HCSS, and an associate (and former research fellow) of the Science Technology and Public Policy Program and Cyber Security Project at the Harvard Kennedy School’s Belfer Center. Mr. Klimburg is also a nonresident senior fellow with the Atlantic Council, and an associate fellow at the Austrian Institute of European and Security Policy.
Alexander has worked on numerous topics within the wider field of international cybersecurity since 2007. He has acted as an adviser to a number of governments and international organizations on national cybersecurity strategies, international norms of behavior in cyberspace and cyber-conflict (including war, cyber-crime, and cyber-espionage), critical infrastructure protection, and internet governance. He has participated in international and intergovernmental discussions within the European Union and the Organization for Security and Co-operation in Europe and has been a member of various national, international, NATO, and EU policy and working groups. He has given dozens of invited talks and regularly participates and organizes track 1/1.5 diplomatic initiatives as well as technical research groups. He is author and editor of numerous books, research papers, and commentaries and has often been featured in the international media, including in Newsweek, Reuters, and others.
Previously, Mr. Klimburg worked for eight years in Vienna as senior adviser at the Austrian Institute of International Affairs and has been closely involved in a number of European cybersecurity policy initiatives. Prior to this, Alexander worked on ICT strategy issues in corporate finance and strategy consulting in Europe and Asia.
A graduate (1st class degree) of the School of Oriental and African Studies and the London School of Economics, he is currently a Ph.D. candidate at the University of Vienna. He is a member of the International Institute of Strategic Studies.
Mr. Klimburg’s current research focuses on reconciling norms of state behavior in international cyber security with the ongoing dialogue within internet governance, in particular with the role of nonstate actors. Within this context, he is currently writing a book on the various conflicting aspects of international cybersecurity, to be published by Penguin Press in 2016.