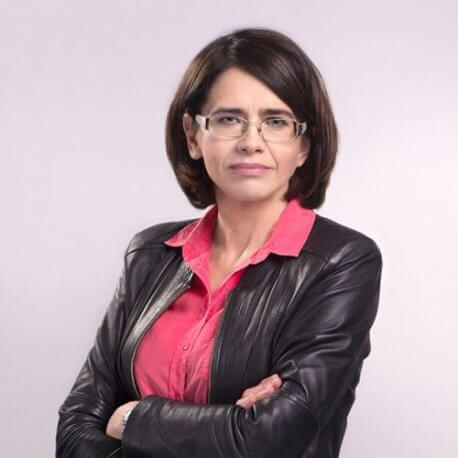 Minister Streżyńska is a lawyer, in 1995-1997 she worked in the Office of Competition and Consumer Protection. In 1998-2000 she was an advisor to three successive ministers of communication. In the years 2001-2005 led advisory activity and from November 2005 to May 2006 was undersecretary of state in the Ministry of Transport and Construction, competent in the matters of communication.
From January to May 2006 she performed duties, and in May 2006 was appointed as the President of the Office of Electronic Communications (until February 2012). In 2012-2015 led advisory activities and at the same time in 2014-2015 was the Chairman of the Board of Wielkopolska Broadband Network S.A. and in 2015 CEO of the Internet dla Mazowsza Project. In the years 2014-2015 she was a member of the Digitization Council at the Ministry of Administration and Digitization. In 2008 awarded Andrew Bączkowski prize for the fight against the monopoly of Telekomunikacja Polska. Two years later she received the „Bene Merito” Badge of Honor.