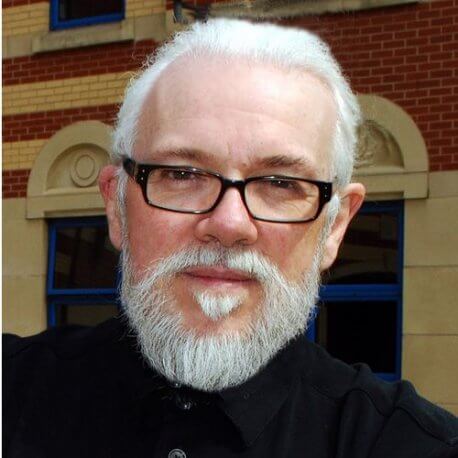 Professor of Artificial Intelligence and Robotics at the University of Sheffield, Co-director of the Foundation for Responsible Robotics and Chair of the International Committee for Robot Arms Control – UK

Noel Sharkey PhD DSc FIET FBCS CITP FRIN FRSA Emeritus Professor of AI and Robotics University of Sheffield, co-director of the Foundation for Responsible Robotics and chair elect of the NGO: International Committee for Robot Arms Control (ICRAC). He has moved freely across academic disciplines, lecturing in departments of engineering, philosophy, psychology, cognitive science, linguistics, artificial intelligence, computer science, robotics, ethics, law, art, design and military colleges. He has held research and teaching positions in the US (Yale and Stanford) and the UK (Essex, Exeter and Sheffield).
Noel has been working in AI/robotics/machine learning and related disciplines for more than 3 decades and is known for his early work on neural computing and genetic algorithms. As well as writing academic articles, he writes for national newspapers and magazines. Noel has created thrilling robotics museum exhibitions and mechanical art installations and he frequently appears in the news media and works in popular tech TV shows such as head judge of Robot Wars (19 series). His research since 2006 has been on ethical/legal/human rights issues in robot applications in areas such as the military, child care, elder care, policing, autonomous transport, robot crime, medicine/surgery, border control, sex and civil surveillance. A major part of his current work is advocacy (mainly at the United Nations) about the ethical, legal and technical aspects of autonomous weapons systems.
The most important aspect of Noel’s current thinking is that getting it right with robots is getting it right for humanity.